Get the latest posts in your inbox! 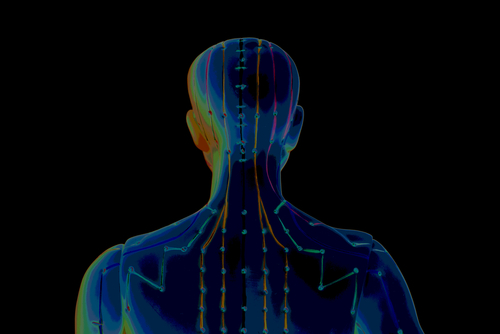 Qi is the Key to Optimal Health

What is more important than your health?  It is very simple, we all have one life on this earth; no one has spare lives. So clearly, taking care of ourselves should be of utmost importance. I am often asked the question,

“What is the key to optimal health?”

According to Traditional Oriental Medicine, the fundamental principle of health is rooted in the understanding of qi (also known as chi or ki), or “vital energy.” On the basic level, everything in the universe stems from qi, and the ultimate goal for any living thing in the universe is to accumulate an abundance and free flow of qi.

This has always been one of my favorite topics; when explained clearly, it allows people to aqieve an AHAH moment, because regardless of a person’s existing perspectives, understanding of health, or beliefs about the universe, qi remains a principle of health. This means that regardless of the medical system being discussed—western, Traditional Oriental Medicine, Ayurveda, and so on—the concept of qi can be applied and validated. It is an underlying principle that does not change based on circumstance.

Centuries ago we, as human beings, began to understand our own mind and body by observing nature around us.  We watched as the rivers flowed through the land, we observed day turn into night, we studied the ways in which animals interacted with each other and with nature, and we began to realze that these same fundamental principles could be applied to the understanding of our own mind and bodies.  Some of the macro properties of the universe mimic the micro functions within our body. For example, just as planets orbit the sun, the protons and electrons orbit the nucleus within the atoms that form the cells in our bodies. We are connected to our environments in more ways then most of us tend to consider on a regular basis. The energy or qi that allows things in our world to be in motion is the same qi that exists within living beings that allows life to exist. Our bodies are vessels for qi, and that qi allows us to walk, talk, and blink, but also allows our organs to function, our muscles to grow and our brains to think.

Ultimately, we want to have an abundance of free-flowing qi within our bodies.

There are a number of methods that we can utlizie in order to build the level of qi within our bodies. The Ancient Masters of the East, understood the concept of consuming qi-rich foods, such as herbs from the evironment around them, as well as partaking in specific practices, such as Qi Gong (aka Qi Gong) or Yoga, for example.

However, acquiring an abundance of qi is only one part of the process. The free flow of qi is just as imperative. Without diving too deep into medical theory, I’ll touch on the concept of blockages. Blockages can occur in the body due to things like injury, infection and illness, but for purposes of this discussion, blockages can also occur as a result of the constant environmental forces that work against us–pollution, germs, stress, chemicals, to name a few.

“That explanation about the river and the sticks”
An analogy that I like to use when I talk to groups is that of a river. It provides a nice visual. So, we have these river systems carrying qi throughout our bodies, and over time, at a narrow point in the river, some sticks and branches might start to get caught along the river bank. Over time, more debris gets caught in those sticks, and a dam starts to form. On one side of the dam, an abundance starts to accumulate, which may become stagnant; on the other side, a deficiency is created, which; both of which speed the process of aging and lead to imbalances in our condition. There is no longer a free flow of qi, and an imbalance is created.

Imbalance is the root of any negative condition, but we will save that topic for a future discussion.

When qi is deficient or blockages exist, it will negatively affect health and may also affect other  areas of daily life, such as mood, confidence, focus, enthusiasm and productivity.  When qi is abundant and free-flowing, it creates an immediate positive cycle.  Balanced qi leads to increased strength, increased strength leads to increased oxygen, increased oxygen leads to better circulation, and better circulation opens the channels (meridians) of the mind and body. Balanced meridians lead to a balanced level of qi. This positive cycle effectively brings nutrition to organs and the skin with efficiency, thereby promoting ultimate health, youthfulness and longevity.

Being aware of the inner workings of your body

So, as we can see, it pays to have lots of free-flowing qi. If you become aware of qi within your body, you will take the time to listen to your body. Of course you know when you are hungry, but if you listen to your body, it may tell you that it wants a certain type of food—a leafy green or some iron-rich meat. This may be what it seeks to get through a blockage that is forming. It may tell you that you need to sleep or go for a run to get your blood and qie moving.

Once you become aware of the qi within your body, it opens up new realms of understanding, such as the qi of the environment around you—within the communication between a group of people or a geographical environment.

As you can see, there are multiple layers to the dicussion about qi, but my hope is that in the immediate term, you may have gained some insight into the way qi works within your being, so that you can become aware of what your body is communicating to you (the “mind-body connection”—also for a future discussion), so that you may live a long and fruitful life of well-being.

So in short, just remember…qi is the key.